My name is Pepper, I'm the first humanoid robot in Tatra banka branch

From this day, Tatra banka employs the first robot. Pepper is a humanoid robot with a mission to help clients with selected bank transactions. 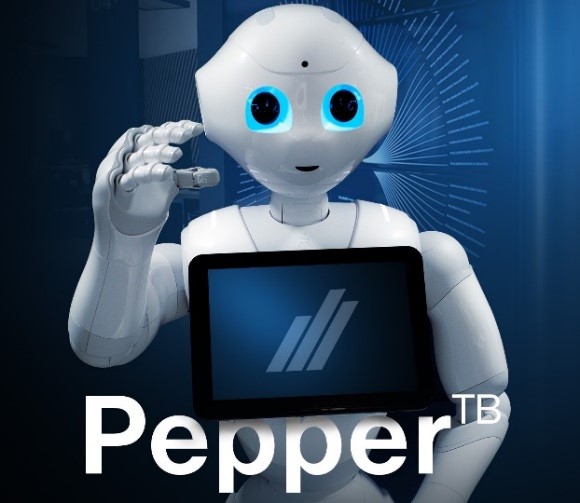 Pepper is a genuine humanoid companion designed to be able to communicate with you in a natural and intuitive way through its sensors and voice. Pepper is kind, cute and full of surprises.

The Pepper robot was designed by SoftBank Robotics Europe, a company with a leading position in humanoid robotics, whose robots are currently used in more than 70 countries worldwide in various areas of research, education, retail, healthcare, tourism, hospitality and entertainment. More than 20,000 Pepper robots have been sold to date, and you can meet him most frequently in the land of the rising sun, Japan.

Pepper and his senses

From now on, in addition to branch staff, Tatra banka’s clients at selected branches will also be served by the humanoid robot Pepper. Starting this week, Pepper will introduce himself in the Tatra banka branch at the Bory Mall shopping center. Then he will then set out on a big tour of selected branches throughout Slovakia.

“I believe that artificial intelligence is one of the most influential technological trends today,” said Michal Liday, Chairman of the Management Board and CEO of Tatra banka. “This trend has a huge potential to significantly influence the future of our lives. Today we offer visitors a unique experience of a branch of the future, because the robot Pepper is not only entertaining, but mainly helpful in branch transactions,” added Michal Liday.

What can Pepper do?

The first banking humanoid robot will willingly introduce to you the most frequently used branch services. His task is not only to welcome clients when they enter, but mainly to help them with various banking transactions while saving their time.

This digital assistant can help with financial transactions such as deposit and withdrawal and recommends that clients use a cashomat, which makes their life much easier. As a digital assistant, however, the robot can do much more – he will be happy to help you install mobile banking, retrieve a forgotten PIN code to your card, open an account using face biometrics, draw a loan within 10 minutes, arrange travel insurance and provide you with many other services. Pepper can also appreciate feedback and clients can evaluate him.

Pepper also features a module designed for entertainment, in which clients will learn basic information about robots while discovering that robots can also be funny. He will be happy to have a selfie taken with you. If you upload your shared photograph on your Instagram profile with a hashtag #peppertb, you will be entered in a competition for Ozobot robot, Pepper's smaller friend.

After the pilot phase we expect expansion of Pepper's knowledge and integration of services that will be personalized and tailored to clients. 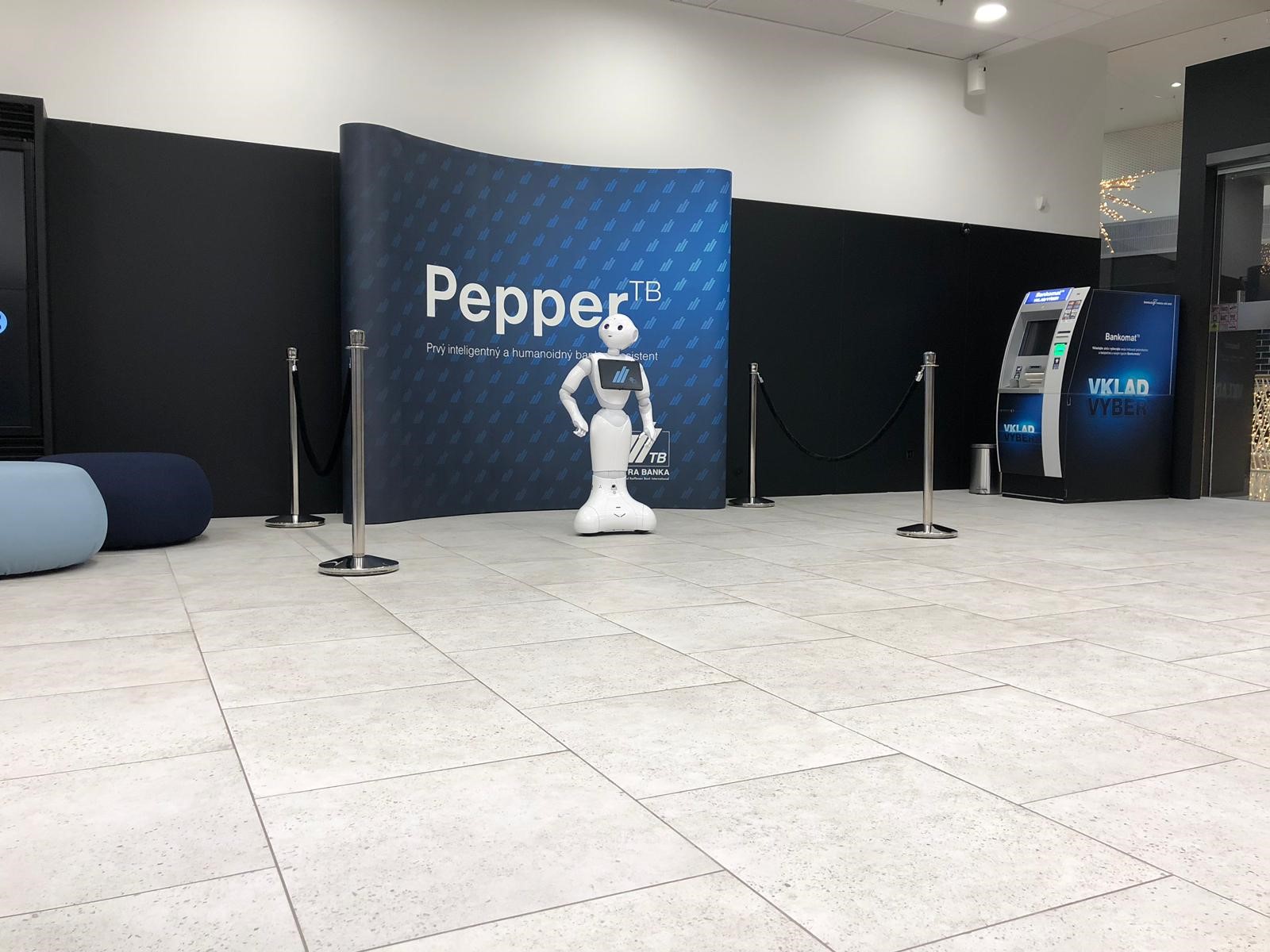 Machines played a critical role in industrial revolutions. People were relieved of routine work, which enabled them to use their creative potential to a greater extent. The current industrial revolution uses new IT technologies and integrates them very fast not only in innovative companies, but also directly in the consumer segment. Humanoid robots are one of these categories. They have intelligence and gradually appear in factories, offices, airports and retails stores.

We know robots as various forms of “mechatronic” devices (a combination of mechanics, electronics or computers) that may perform tasks carried out by people, but need not necessarily look like humans. More sophisticated robots can recognize human emotions such as happiness, fear, sadness etc. through sensors. Based on their recognition and a number of other parameters they can offer a completely new customer experience.